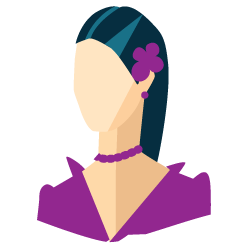 When my grandmother passed away, I was astonished to learn that I had been named the executor of her estate. After splitting up her belongings amongst my aunts and uncles, I turned my attention to planning her funeral. I didn't know where to start. Fortunately, I was able to find an excellent funeral home that understood how to help people plan beautiful memorial services. It was amazing to go through the process of planning the music, the speakers, and even the set-up of the room. This blog is all about planning gorgeous memorial services for the people that you love so that you aren't left grappling with difficult decisions.

Looking To Keep Your Funeral Home On Top Of Trends? Consider Adding Alkaline Hydrolysis To Your Cremation Services

If you're looking for a new way for your funeral home to compete in the funeral services market, it may be time to consider adding alkaline hydrolysis—also known as water cremation—to your list of services. Alkaline hydrolysis may very well be the next big thing in cremations as more people look for a truly "green" method of body disposal for themselves and their families. This is what you should know.

It isn't legal in every state.

Right now, alkaline hydrolysis is still not legal in every state, but that is likely to change soon. Minnesota was the first state to legalize the process in 2003. As with most matters surrounding death and the disposal of the dead, there's some religious controversy that has slowed down its acceptance, with some religious groups fearing that the process is disrespectful. However, despite those misgivings, the process has gained legal acceptance in 12 other states: Colorado, Florida, Georgia, Idaho, Illinois, Kansas, Maine, Maryland, Oregon, Vermont, and Wyoming.

That hasn't necessarily stopped others from trying. An Ohio funeral home director has been working on getting it allowed in his state since 2011. New York and California are also considering permitting it as well. If you're lucky enough to live in one of the states where it has already gained acceptance, there's nothing stopping you from moving on the trend. If you don't, you may want to start watching for movement on the issue in your own state in order to be ready when it is allowed.

It may be the greenest option available.

The whole process is very simple. The sealed chamber that the body is placed in fills with heated water and a small solution of lye. The combination of the chemical, the heat, and the pressure, quickly break the body down, liquefying the majority of the body into a sterile solution that can be recycled through waste water treatment systems, leaving a small amount of soft bone fragments behind that can be used for a keepsake urn or memorial box.

Not only does it take 1/8th the amount of energy required for a regular cremation, it also produces about 1/4 the carbon emissions. Because the bodies aren't embalmed, there's no need for the use of formaldehyde or any of the other toxic chemicals involved in that process. In addition, unlike cremation, bodies don't have to be cut open to remove things like pacemakers prior to the process, which may also appeal to your clients. The cost of the procedure to consumers is also about the same as a standard cremation service, which is always a concern in today's cash-strapped economy.

If you're looking for a way to keep your funeral home on top of the trends in cremation services, consider checking into the process of alkaline hydrolysis if it's available for use in your state. Contact a business, such as J Allen Hooper Funeral Chapel, for more information.